Supplementary health insurance: the magic formula of nationalization, or when ideology prevails over common sense 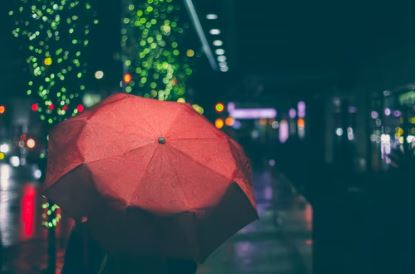 It is an understatement to say that the draft opinion of the High Council for the Future of Health Insurance (Hcaam) on a possible new articulation between compulsory and supplementary health insurance schemes intrigues the sector. But as Olivier Milcamps, senior manager of the "Financial Institutions and Health" business unit at the strategy consulting firm PMP, points out in this article, the idea is not entirely new... and its limitations are not much more so.

In its draft opinion, the Haut Conseil pour l'Avenir de l'Assurance Maladie (HCAAM) considers 4 scenarios, or rather 4 variations of the same scenario, that of a complete nationalization of the financing of health care expenses, and in all cases the elimination of all risk for the complementary health care system.

The first question to be asked is why the project of a large social security system has attracted so much attention from the Hcaam, and moreover with a government of rather liberal leanings (reform of the SNCF, ...)?

This idea is not new. The Chadelat report in 2004, very much influenced by the reforms adopted in Germany in the 90s (notably the famous health shield), already proposed some of these tracks. This idea is based on a widely shared assumption within the senior civil service that "all public" is necessarily better.

Today, this large-scale social security system is almost a reality: the joint governance of social security came to an end in 1996 (end of the election of employee and employer representatives and introduction of social security financing laws) and the State has largely taken control. Not to mention that the weight of social security in the financing of health expenditure, after having decreased between 2004 and 2011, has been increasing continuously since 2012 to reach 77.9% in 2019 and 79.8% in 2020 (the year of Covid).

This is, moreover, without counting on the fact that the vast majority of complementary organizations have preferred to focus on small risks or even on consumer credit (optical item), when they still had the freedom to develop relevant offers to meet the needs of their policyholders facing serious illnesses, causes of the highest out-of-pocket expenses ... to ultimately lose all their freedom with the responsible contract and end up collecting taxes.

What is most striking after reading this project is the very self-centered reflection on the model of financing health expenses. Of course, the cohabitation of the two schemes, compulsory and complementary, brings little value and generates de facto too high management costs. But is it by eliminating the smaller of the two that the larger one will be more efficient?

Taking into account the challenges of the health system as a whole, which the document barely touches upon, gives a completely different perspective, since these challenges weigh much more than the 7.9 billion euros of management costs of the complementary organizations that the HCAAM proposes to eliminate in large part.

These issues are well known, including to the HCAAM, of course. We will focus on three of them as an absolute priority.

The implementation of a national policy of primary and secondary prevention aimed at controlling or even reducing the burden of chronic diseases and fighting against avoidable mortality, one of the highest in France among European countries;

The fight against social and territorial inequalities in health, which are constantly increasing. A study by the Francim network has just confirmed the existence of a "unidirectional social gradient in survival for almost all cancers in France, with poorer survival among patients living in the most disadvantaged areas".

Catching up in mental health. Mental health is the leading health insurance expenditure item by pathology (22.7 billion euros in 2019, i.e. 14% of expenditure, far ahead of cancers) and concerns more than 8.1 million people. However, while the number of psychiatrists in France is one of the highest in the European Union, only 40 to 60% of people suffering from psychological disorders are treated; but if general practitioners prescribe 90% of antidepressants and anxiolytics, France is the European country where referrals to psychiatrists by general practitioners are the lowest...

How, then, can an even tighter framework for the supplementary scheme, or even its disappearance, enable the compulsory scheme to better address these issues, which it has been struggling to do alone for decades? As a funder, it is nevertheless very involved in the definition of the list of reimbursable products and services, in the setting of basic reimbursement rates... all of which are extremely structuring levers for addressing these issues.

Why should the large Social Security system, under the close control of the State, do a better job than it does today of accelerating the spread of telemedicine, taking charge of digital therapeutics and other digital solutions, speeding up the transfer of tasks between health professionals, supporting the restructuring of public hospitals, investing massively in schools and companies, and supporting the essential regionalization of the organization of the management of the health system... in short, supporting the adaptation of our health system to the epidemiological transition?

By working on scenarios aimed at further verticalizing our health system, the HCAAM has reached a dead end. On the contrary, it is urgent to imagine other ways to reform the two compulsory and complementary schemes. The stakes are far too high. The HCAAM should also look at the realities of the powerlessness of health insurance. And that it develop proposals based on the reality of the formidable challenges facing the health system.

Read the article published on October 13 in L'Argus de l'Assurance